Around 5 PM yesterday several witnesses reported seeing a Gryphe of the Hippogryph family soaring through Neon City Hub. Although not a rare sight in Greyspire or Spring Valley both which are close to the distortion zone known as the Shifting Alley the creature made its debut  in the metropolis yesterday. Although the police quickly restored order in the city and evacuated the people in the hazard zone:  the citizens were clearly shaken by the event. Summath Island Press interviewed one of the witnesses:
-”I heard a sharp cry and then saw this huge monster coming right for my Jerry, I was so scared! Those wings were flapping and the smell! It smelled like a wet dog! I’ve never seen anything as disgusting as that abomination in my life.”

The situation was handled after the creature roosted on top of one of the many MDUs in the city. Private Security Corps CEO commented on the event with the following words:
-”After being contacted by the police we deployed our drones and mechanized security to deal with the perp. As a result we managed to avoid human casualties completely. We appreciate the trust given to us by the city and hope to expand our security detail in the future.”

Other concerned voices have been raised as a response to yesterday’s incident such as the running mayor.
-”It’s clear that this is a problem that affects all of Summath Island, we have been blessed enough to be spared from this before but now is the time to join together, all of our citiscapes to make a budget for how to deal with this problem before it gets out of hand. I know that’s what I will do at least.”

Worries have also been raised about if it was a good idea to link the sewerage system together between Spring Valley and Neon City Hub. Although no one suspects the Gryphe to have appeared from the sewers one can only hope that nothing else emerges from that cesspool.

The Board of Health and Recreation recently had a hearing about the incident last June when a group of kids and their summer camp leaders woke up surrounded by Goblims in the Spring Valley National Park. At the meeting was also the Board of Education and Child Services.
The meeting concluded quite soon after discussions about how the problem could be solved and newly appointed mayor Naomi Reegan was rumoured to be very upset about the entire business. Almost on a personal level.

The decision of the board was to cancel the coming year’s summer camp until the town of Spring Valley can guarantee the safety of the participating kids and leaders. The incident last June didn’t end in casualties even if some kids had been tied to a wooden post before a bonfire. It is safe to assume that if anyone had been seriously hurt the repercussions would have been otherwise.

But where will the kids of Spring Valley go during this summer? Shouldn’t the town ensure that there are recreational activities for everyone to enjoy? Right now there are reports of groups of teenagers disobeying the safety checks to enter the Shifting Alley. And surely that distorted area holds more hazards than any forest of Goblims could.

Let’s hope the new Mayor takes action soon to solve this problem for the future of our children and all the campers.

The staff at Arkhum Asylum located in Greyspire City are on their knees with the ever increasing number of people needing psychiatric help. This years increase in people deemed to be criminally insane has skyrocketed in all of Summath Island.  Minister of health,  Dave Hart, recently made an appearance to address the issue. We later sought Mr.Hart for an interview.

What is the main problem right now?
-”I believe that the biggest issue right now is how the staff at the asylum have terrible working hours and the coffee isn’t good enough. For the doctors and nurses to be happy we need to fulfill the needs they address.”

What would be the root of this problem?
-”The latest statistics have shown that a lot of crime has been caused by people suffering from immediate psychological stress. These patients aren’t easy to handle and requires skilled personnel who can give them what they need. Our health system wasn’t ready for this steep increase of patients to be honest. That’s why I hope the politicians will ensure that there is room for a larger budget in the future.”

What are the consequences of this issue?
-”The staff are mostly affected by these working conditions, with more dangerous people entering the institution it’s harder to guarantee the staff’s safety. That in turn makes it harder to reach out to all the patients that needs our help.

How can we solve the problem?
-”With the funds we can ensure that every doctor and nurse feel safe and at home at their working place, having access to top of the line coffee and an inner garden. We have also presented a budget to increase the funds to our research department that is trying new and creative ways to treat patients. However, I believe that if we can meet the demands of our staff then we can ensure that the patients are cured of their insane ways and can rejoin society.” 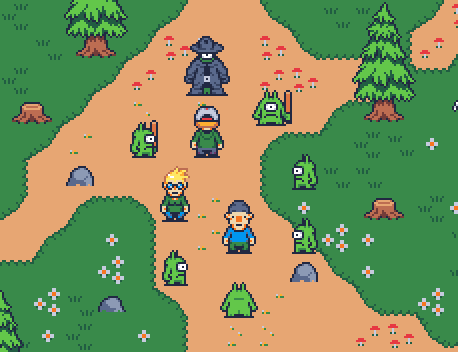 Get Mystery of Spring Valley